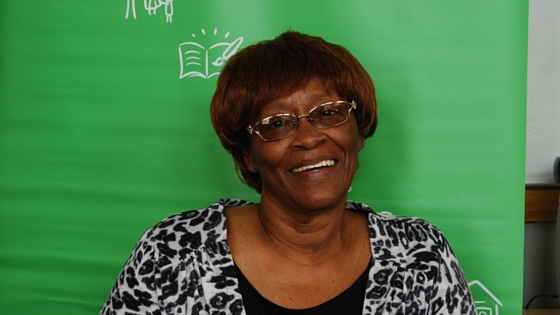 With the dedication and commitment of our Foster Parents, our Villages and homes truly provide a loving and stable environment in which the children in our care can grow and thrive.

In honor of our 25th Anniversary and in recognition of the many staff who have helped make the organization the agency it is today, we wanted to take the opportunity to sit down with two amazing women who have served SOS Illinois for more than twenty years at the Lockport Village.

Taking the opportunity to meet with Ms. Minnie, the conversation offered many insights into the strength and courage it takes to be a foster parent for so many years. Looking back, Ms. Minnie shared, “it’s been a long journey with SOS Children’s Villages Illinois, and it has not always been easy, but I have worked through it with the case managers and services provided by SOS.”

Formerly a traditional in-home foster parent, Ms. Minnie came to SOS Children’s Villages Illinois after hearing about the new organization from a friend; she immediately felt there was a difference at SOS Illinois because “they offered so much more than one social worker for the children and parents. Here you knew you had a therapist, they provided everything, and all you had to do was show and express love to the children.” Ms. Minnie reiterated, “there is still a great need for foster care in the state of Illinois,” and though every day presents its challenges, she continues to serve as a loving and attentive foster parent at Lockport.

Since joining SOS Children’s Villages Illinois, she has fostered nearly 50 children. Ms. Minnie’s first foster children at Lockport were all boys, one of whom had cerebral palsy. “It was a joy to have him and take care of him,” she says. As she thinks back to these children, she recalls her favorite memories: “The oldest one of the first five boys graduated from college, which I feel was really great. One of the things I used to stress to them as they were growing up was that if you want to be able to maintain this type of lifestyle that you’re growing up in, then you need to go to college.” Ms. Minnie radiates the warmth and love of motherhood. “The family came through the door calling me ‘Mama.’ It appeared that they were longing for a Mom figure, someone to call Mom. I thought that was pretty special, I did.” 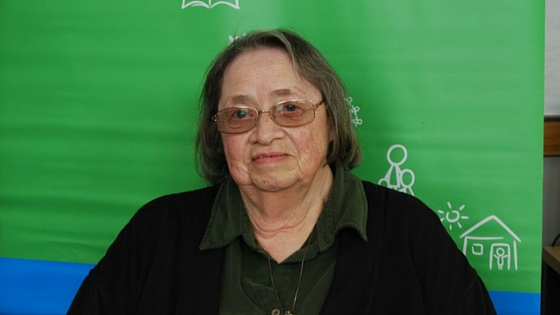 In a recent opportunity to sit down with Sr. Toni, she remembered what it was like to be a part of the very early years of the Lockport Village. She shared, “I think what was exciting was to know that we were introducing a new concept to the community, not only the community around here, but also globally because TIME magazine came out and interviewed us. It opened up for the United States the need for this type of foster care—the moral understanding and the stability of keeping siblings together.” Once the Chicago Village was built in 2004, she remembered feeling that “at first we were more like a big sister to them because we had years behind us, but at the same time we became a bigger family. There was a lot of give and take, and sharing, and learning from each other.”

Over the more than twenty years the Lockport Village has been open, she shared that even though there were a lot of changes, “they were for the better because we knew how to improve on ourselves, especially with licensing and clinical needs for the children. Of her favorite memories, Sr. Toni found “at first when they started calling me ‘Mom’ it was a word to be used addressing an older person, especially the female in the home, but then all of a sudden it became a meaningful ‘Mom.’ I can remember folding clothes one day and a little guy sprang up to me and kissed me on the forehead for no reason at all—said nothing, did nothing, and ran back to whatever he was doing. That said a lot. This past Mother’s Day I heard from most all of them—‘Happy Mother’s Day.’ That meant a lot too.”

Click here for more information on becoming a Foster Parent.

“Somewhere, something incredible is waiting to be known.” – Carl Sagan

Every day, we provide safety and security to children in Illinois foster care. Now more than ever, we need your help. Make a gift today to help provide crucial support during the current health crisis. We need you. https://t.co/ZQir0Yzagl

Though rooted in a common mission, each Village and services site we operate is specially catered to the community where it operates. Learn how you can join one of our Villages today! https://t.co/tKFpVMXCs7

Did you know that it is not uncommon for children to wait two or more years to be adopted once becoming adoption-eligible, with over 20% of children waiting five or more years and some children never get adopted before reaching adulthood. #adopt