At SOS Illinois, we cannot wait for special years such as 2019, when the first official day of spring on March 20th shares the same day as National Ravioli Day. You may be asking what does a season of budding flowers, a dumpling-like pasta with a delicious filling, and a nonprofit organization focused on helping at-risk youth and children in foster care have in common. In just three words, Chef Tony Priolo. 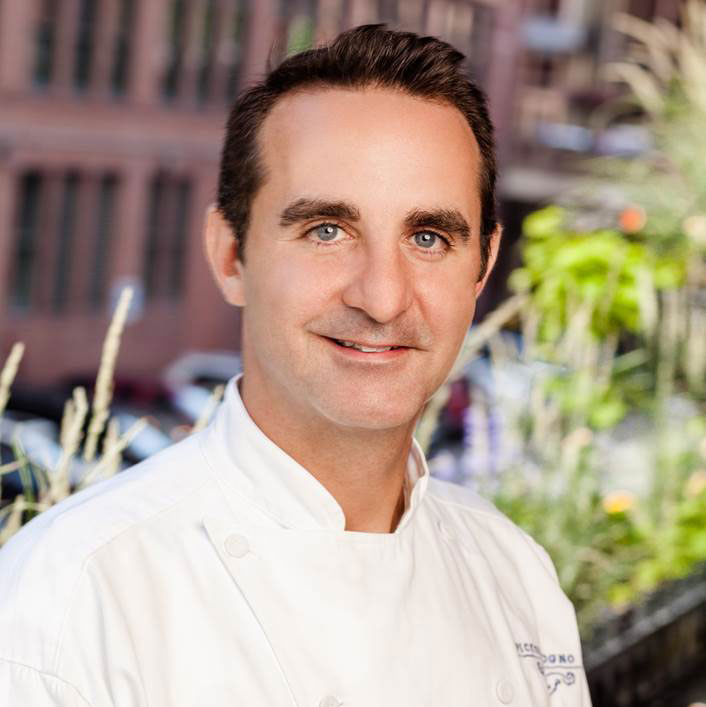 With SOS Illinois’ Dining & Conversation, an event that features Luminaries and Celebrity Chefs, just around the corner on May 1, we wanted to capitalize on this momentous occasion that could celebrate all that is good this spring at SOS Illinois. Chef Tony Priolo, the expert on rustic homemade pastas and our event’s lead chef, was pleased to celebrate with us by sharing one of his signature dishes served at Piccolo Sogno: Ravioli di Primavera or Spring Ravioli.

We are extremely excited to have Chef Priolo returning to the event this year and serving as the lead chef for Dining & Conversation. Chicagoan Tony Priolo has known since childhood that he wanted to be a chef, he started cooking at the age of eight with his Sicilian grandmother at home. His first restaurant job was as a 16-year-old prep cook in an Italian restaurant near his house. He went on to graduate at the top of his class from The CHIC in 1989, and quickly dived into Chicago’s competitive Italian restaurant scene. Priolo’s style of simply prepared Italian food caught the attention of Chicago restaurant critics and diners in 1997 at Coco Pazzo and Coco Pazzo Cafe. Later he was made partner in both restaurants. Under Priolo’s direction, Coco Pazzo was honored by many leading local and national food awards Like Dirona, AAA and high ratings in Zagat, Fodor’s, Local magazines, and newspapers.

In 2008, Chef Priolo left Coco Pazzo to pursue his dream of owning his own restaurant. He partnered with longtime close friend Ciro Longobardo to open Piccolo Sogno, which means “little dream,” Nonnina and Maillard Tavern. Both Piccolo Sogno and Nonnina have been awarded high marks in many local and National media.

Chef Priolo has also been a regular guest on Chicago television stations as well as on National TV. Recently he was on The Food Network’s “Beat Bobby Flay” show and ended up battling Bobby in the Pumpkin Challenge and Tony was one of the few that beat Bobby Flay. Tony is also known for his support of many local and National charities. His philosophy is to find the best ingredients possible for his guests, and sources specialty items from Italy and local sources to bring a true Italian dining experience at Piccolo Sogno and Nonnina.

We invite you to enjoy National Ravioli Day topped with a bit of spring with Tony Priolo’s Ravioli di Primavera. Mangia Ora!

Blanch peas in boiling salted water for about 1 minute then shock the fresh peas in an ice bath. With a food processor, add the fresh peas with remaining ingredients and blend until smooth. Adjust the seasoning with sea salt and pepper and then place into a pastry bag and set aside

After the dough has rested, roll out the pasta dough progressively with a pasta machine until the dough is thin enough that you can see your hand through it. Brush the dough with egg yolk and add the filling on half of the dough with by squeezing out a quarter size dollop of the pea filling.  With the other half of the dough, place over the side with the filling so that you form ravioli. With a small shot glass or back of a circle cutter form the center of the ravioli and press all the air out. Cut with a circle cutter so there is a small edge around the center.  Press the sides gently pushing the air out and set aside.  Cook in boiling salted water about 2 minutes and then toss into the sauce.

First, clean the baby artichokes, cutting off the dark green fibrous leaves and the inside of the heart. Blanch in boiling salted water with a squeeze of lemon. Cook until tender ( about 7 minutes) drain and set aside.

For the sauce, Heat the sauté pan, add the olive oil and quickly sauté the spring onions, add the fava beans, peas, and artichokes. Season the mixture with sea salt and pepper. Deglaze the pan with chicken broth and reduce down by half. Add  the whole butter take the sauce off the fire. Add the cooked ravioli and toss with the sauce. Adjust the seasoning with sea salt and black pepper. Squeeze a touch of lemon juice in the sauce, and arrange on the plate, then add remaining sauce with the vegetables. Garnish with pea sprouts tossed with olive oil, sea salt, pepper and lemon zest.

Cook time is about 20 minutes from start to finish

SOS Children’s Villages Illinois will host Dining & Conversation, a unique event where 140 supporters meet and converse with Luminaries, well-known celebrities from various professional fields. Dinner consists of courses prepared by Celebrity Chefs from Chicago’s most well-respected restaurants. Luminaries share a course at each table. As the event progresses, each guest has the opportunity to talk to all the Luminaries. The night truly results in a wonderful evening of dining and conversation. Details include: Wednesday, May 1, 2019 at The Pritzker Stage at Millennium Park, 201 E. Randolph, Chicago, at 5:30 p.m.

“You are your best thing.” —Toni Morrison #BlackHistoryMonth

SOS Illinois prioritizes the stability that keeping siblings together creates. We celebrate when we hear other stories of sibling groups staying together.
https://t.co/rclnKMZstp