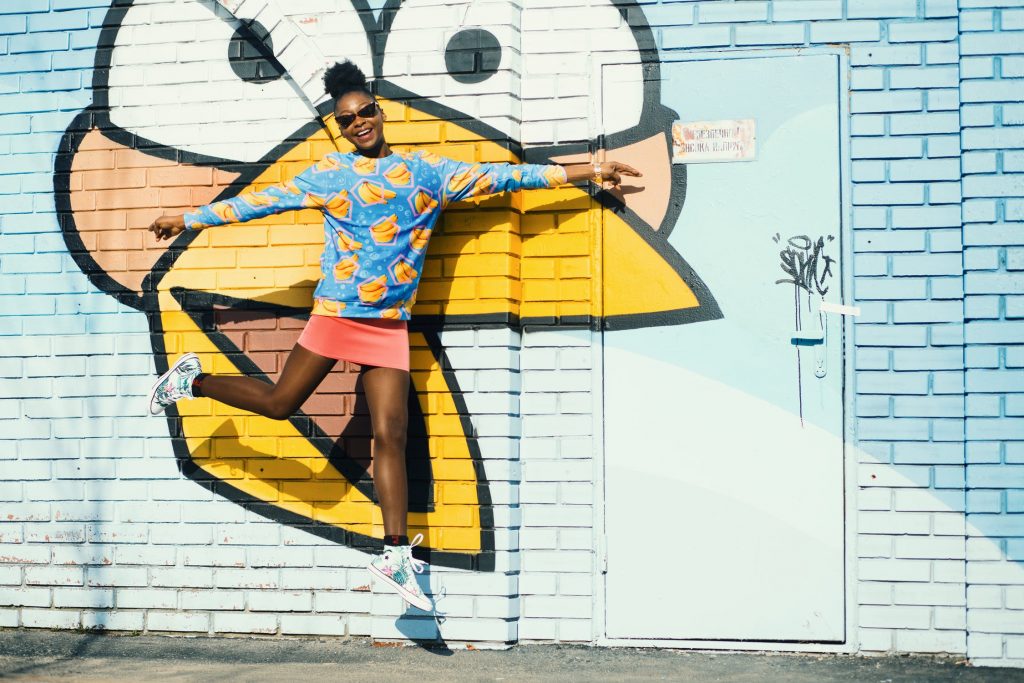 In honor of National Women and Girl’s in Sports Day, SOS Children’s Villages Illinois is taking a look at three incredible women athletes that experienced foster care during their youth and rose to become successful and positive role models for millions of young girls today.

As the first African-American to be named world all-around champion and the first woman to win three consecutive world all-around titles, Simone Biles is an American artistic gymnast with a slew of awards under her belt – fourteen to be exact, and ten of them are gold.

Along with her three siblings, Simone entered the Ohio foster care system at the young age of five. Her mother experienced substance abuse issues. After three years in Ohio’s foster system, Simone and her siblings moved to Texas where they were adopted by their grandparents.

“Although I was young when my foster care ordeal began, I remember how it felt to be passed off and over-looked. Like nobody knew me or wanted to know me. Like my talents didn’t count, and my voice didn’t matter. Finding a family made me feel like I mattered. Finding a passion, something I loved and was really good at, made me feel like I mattered. Representing my country and being part of such an amazing Olympic team matters, as does being a role model for those looking to fulfill their own dreams.” Simone Biles in an interview with CNN.

In an effort to bring quality education to foster youth, Simone began the Simone Biles Legacy Scholarship Fund. The fund assists with covering costs such as application and assessment fees for students attending University of the People, a tuition-free higher education institution.

“Our circumstances shouldn’t define us or keep us from our goals, especially if that goal is higher education. My hope is that I can help other foster care children realize that goal in the months and years ahead.”

Gold medalist at the 2016 Summer Olympics in the women’s 100-metre final, Track and Field star, Tori Bowie, is an accomplished sprinter with medals ranging from bronze to gold proclaiming her successes on the track.

As a child, Tori and her younger sister Tamara were left at a foster care center when Tori was just two years old by their mother. Tori’s grandmother stepped in, sought custody and won, bringing the girls into her home and under her wing.

“We didn’t have much but she gave us character.”

Her grandmother’s sacrifice placed Tori on a path of determination in taking disadvantaged children under her own wing in order to bring them hope and give them the encouragement that they, too, can succeed.

“My grandmother told me a long time ago, ‘I don’t care if you’re sweeping a porch for a living. She said, you need to do your best.’ “So I’ve lived by that every single day,” Bowie stated in an interview with WBTV.

Victoria Rowell is best known for her role as Drucilla Winters on The Young and the Restless, but her professional career began as a dancer with the American Ballet Theatre II Company, the Twyla Tharp Workshop and the Ballet Hispanico of New York.

Throughout the years, Victoria has attributed much of her work ethic to her foster care experience. Released to foster care at 16 days old, Victoria and her two older sisters moved between foster homes until finding a home with the family that she would come to consider her own. It was there that Victoria received the love, support and lessons in hard work that provided her with a strong foundation in her career.

“My foster mother was an amazing woman. She was a self-sufficient widow who had already raised ten of her own children. When she had the three of us, she was a senior citizen. She also ran a 60-acre farm.” Victoria said in an interview with the Los Angeles Times.

Today, Victoria dedicates herself to her nonprofit organization, Roswell’s Foster Children’s Positive Plan, in a pursuit to advocate for children in foster care.

“Foster children are good kids. With guidance and instruction, they will be prepared to become self-sufficient, successful adults.”

At SOS Children’s Villages Illinois, we focus on the health and wellness of the children in our care, getting children active in sports and activities, and creating opportunities to address the specific concerns that young women and girls face while in foster care. The children in our care are inspired by the tremendous efforts and successes of athletes like Biles, Bowie, and Bowell. Click here to learn how you can support and invest in the next generation of leaders – in athletics and beyond.

Find out more about our mission at SOS Illinois.

Giving to nonprofits in a time of crisis ensures the sustainability of essential programs and services. We cannot do it without you. https://t.co/ZQir0Yzagl

#Tutors play a critical role in providing targeted one-on-one tutoring, giving #children the instruction, support, and attention they need to improve academically. If you are interested in becoming a Virtual Tutor with us visit our website to learn how! https://t.co/ECmtcwRd3R

The Village model at SOS Illinois sets our style of foster care apart by creating a supportive and well-connected network for children, Foster Parents, and staff.
https://t.co/oeQqur6TD9

Whoa, this is huge for foster care in Kansas. Where else might reform happen like this? https://t.co/EREkOhZj8u